You are here: Home / Travel / I Can’t Afford To Be A Vegan Travel Writer (And That’s Okay!)

Hello everyone! Things have been radio silent around here for a couple of months now, so I want to take a few minutes and discuss what’s been going on, where I’ve been, and what’s next for Kettle & Kale! Long story short, I cannot afford to be the vegan travel writer that I initially set out to be. But that does not mean that I am disappearing! 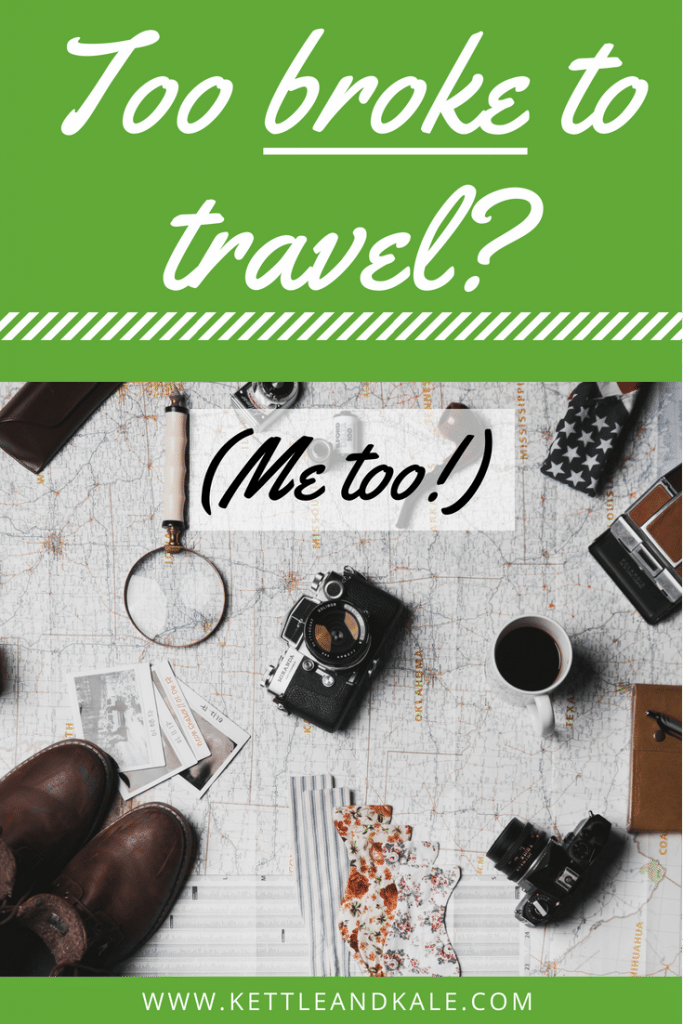 This blog first came together on the heels of one of the most wonderful vacations I have ever had. Walking through Reykjavik, Iceland, arm-in-arm with my husband, I could not help but let the incredible, unique foods we ate feed a spark of creativity inside of me. I thought about how wonderful it would be to be travel all over the world, documenting each delicious meal we ate to prove to my family once and for all that this vegan thing really was not that difficult! In a creative frenzy, I drafted up a logo, set up the blog, and was ready to go. Where would showcase our vegan travel next?! What would we eat!? How many lives could I impact?! I dreamed big, I planned big, and the anticipation of whatever was coming next was beyond thrilling. Eager, I looked into planning our next trip. With no destination in mind, my imagination splayed out in ten thousand directions. What a world of possibilities!

Not long after our return to the United States, however, these forces called Reality and Adult Things punched me in the face. Finally, on a snowy day in February, with only two blog posts under my belt, Justin and I discussed our future over falafel bowls. That discussion led to the drafting of a new family budget.

Now before you start, yes. I understand that travel does not have to be expensive. Between travel hacking for flights, booking hostels, and self-catering your own meals on the go, there are plenty of ways to make world travel as cheap (or as expensive) as you want. Unfortunately, even the cheapest options leave us strapped at this point in our lives. Are we broke? No. But other Priorities and Adult Things have to come before eating at every vegan restaurant on the planet.

While I understood (the Budget was a plan hatched from my brain, after all) why it was necessary, I was no less devastated. What would I do with my blog now? Nobody would want to read recipes that come from my kitchen. I don’t know anything about photography! Instagram became my best friend and my worst enemy. I adored scrolling through image after image of perfectly plated vegan food while also kicking myself for being unable to do what “they” did. Why couldn’t I travel like the instagrammers did? I told myself that I was not good enough, was not creative enough, not interesting enough, and not capable enough to even try. My culinary school certificate did not matter. I’d never be able to keep up with the social media mavens that invaded my cell phone and became best friends with my anxiety. I’ll never be a vegan travel writer! So Kettle & Kale sat, ignored and unloved, for several months. Until now!

So, where have I been?

The kitchen, getting as playful with food as I ever have. You see, cutting back on dining out and groceries out of necessity has sparked a very different sort of creativity. Necessity sure is the mother of invention, and I’ve lived this out firsthand over the past several months. I have studied recipe development, writing, photography, and experimented my butt off. Slowly but surely I have come to realize that creativity is not exclusive to those adventures that come solely with a plane ticket and a passport. While I adore travel, I do not need those things to have a good meal. I did not need to be a vegan travel writer. Thanks to perfect instagram posts featuring beautiful vegans eating avocado toast on beaches world over, I lost sight of that bit.

After much soul searching and a lot of practicing, I relearned that I can accomplish pretty much anything if I work hard enough. I am capable, albeit a little scrappy. That’s okay, though! I think most people that get into creative ventures are all a little scrappy.

What is next for Kettle & Kale?

I do not intend to stop traveling for good! I actually have a long awaited choir trip coming up in July (booked long before the Budget came into being), which I hope will afford me some opportunities to get out on my own to try out vegan restaurants around Dublin, Ireland. However, international adventuring will be neither the norm nor the sole focus of Kettle & Kale anymore. You can expect to read tales of my at-home recipe experimentation: successes, failures, and what I am loving for my kitchen! Attempts to grow a countertop garden in our tiny house? How do I cook at all in a kitchen the size of a postage stamp? Reviews of my favorite cookbooks and favorite places to eat around my hometown? I will cover it all, and then some! Who knows? There might even be a few posts about domestic vegan travel in the near future (Thanksgiving in Portland, anyone?).

I am so excited to get started (again) and to have all of you join me.

So tell me, what would you like to see? Are there any specific kinds of recipes you would like for me to try out for you? Anything you have not seen elsewhere that you want to see in this space? I’m on it. Let me know in the comments below!